(323) 499-3619
Skip to content
Donate to Kedren Health to help support our community and COVID Testing and Vaccination operations.
Leadership Team

Meet our board members and management team. Professionals and consumers who understand what quality healthcare looks like. 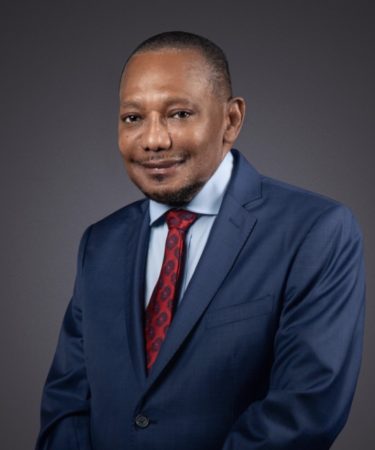 Born in Georgetown, Guyana (South America) where he received his formative years of education, Dr. Griffith moved to England where he attended college prior to attending the University of Sheffield where he received a Bachelor of Arts degree in Psychology. He was awarded a Ph.D., from the esteemed University of London, Institute of Psychiatry. He received a post-graduate scholarship from the British Medical Research Council and completed a three-year fellowship at St. George’s Hospital Medical School before moving to the United States.

He commenced his career at Kedren in 1981 and started to deliver services to outpatient clients. He was also instrumental in the reorganization of the system by working with the then CEO to bring more qualified clinicians into the system as people were presenting with very severe mental health problems. In 1985, he was promoted to Chief Operations Officer, Mental Health Services, until 2002 when he became the President and CEO.

During his tenure with the agency, many changes took place as there was a myriad of social, environmental, economic, and familial circumstances that needed to be addressed with clients and families residing in Service Area 6 of the Second Supervisorial District. As part of the evolutionary process, Dr. Griffith was instrumental in bringing Mental Health to Primary Care in 2013, and in 2014 Kedren Community Care Clinic was designated as a Federally Qualified Health Center (FQHC) funded by the Federal Department of Health and Human Services (DHHS) Health Resources Services Administration (HRSA).

Currently, Kedren is developing collaborative partnerships with primary healthcare providers, physicians, pediatricians, dieticians, and other practitioners, to offer educational, wellness, and recovery services. This endeavor is part of Kedren’s mission to provide medical and behavioral health services to underserved and uninsured persons in South Los Angeles. Through Dr. Griffith’s continuing leadership, in July 2017 Kedren and Charles Drew University signed an affiliated agreement for an academic and community health collaboration with Residents enrolled in the Graduate Medical Education Program and were interested to serve under-served urban communities. As part of the Drew/ Kedren Affiliation Agreement, medical students from UCLA also receive training at Kedren for the Clerkship Rotation.

Dr. Griffiths’ ongoing plans for the growth and development of Kedren include integrating programs that focus on early intervention and prevention, serving children, adolescents, adults, and older adults, with a strengths-based, family-focused model to enrich the lives of those we serve, planting the seeds of physical, social, emotional, and cognitive growth, and overall wellness.

Currently, the organization is planning on expanding both the children, adolescents, adults, and older adults services in the establishment of a Medical Home for those who are receiving care through a collaborative delivery system. 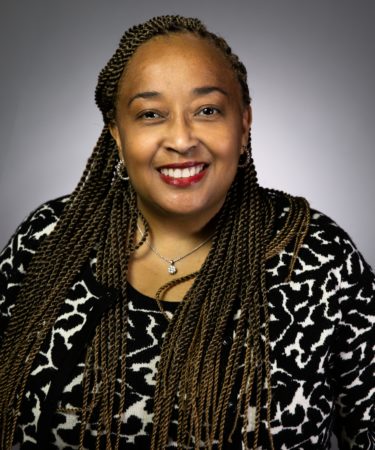 Ms. Amelia Huckabee brings a level of administrative excellence in delivery of HR services and expertise  in managing all disciplines of HR including: staffing, compensation, benefits, employee  relations, executive coaching, training  and development and state/federal employment law compliance. She is a Human Resources Executive with over 25 years of experience in a variety of industries including; pharmaceuticals, manufacturing, transportation, and now healthcare. She holds a Master’s degree in Education, Counseling from California State University, Dominguez Hills and a Bachelor’s degree from University of California, Los Angeles.

Mary Oelman began her career at Kedren in October of 2020 as the Director of Quality Management. Prior to coming to Kedren Mary was the Director, Quality and Performance Improvement at the Memorial Hospital of Gardena. She has a certification as a Professional in Healthcare Quality from the National Association for Healthcare Quality.

Mary has an extensive background in healthcare and has worked in a variety of settings and roles. She has worked as a nurse manager, a Nursing Director, and a Chief Nursing Officer. She has worked in community hospitals, public hospitals, long term acute care hospitals, teaching hospitals, both large and small, for profit and not for profit hospitals. She has worked in inner city hospitals and suburban facilities. Mary was born in Cleveland, Ohio and went to Nursing School in Springfield Ohio. Soon after graduation Mary moved to Boston with her husband where she lived and worked for nineteen years. She has a BSN from Boston College, a Master’s in Nursing Administration from Boston University and an MBA from the University of Memphis, in Memphis Tennessee. She has lived in Massachusetts, Maryland, Tennessee, Arizona and California. She has one grown son and lives alone with her 2 dogs and a cat. 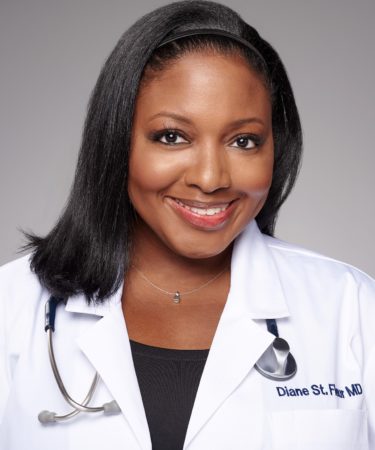 Dr. St Fleur is a triple board-certified psychiatrist with certification in the following specialties: adult psychiatry, child and adolescent psychiatry, and forensic psychiatry by the American Board of Psychiatry and Neurology. She is passionate about serving children and their families including those that suffer from trauma, addiction, and disrupted community cohesiveness. She has been trained in Dialectal Behavioral Therapy (DBT), Deconstructive Dynamic Psychotherapy (DDP), and Motivational Interviewing. She is suboxone waivered. 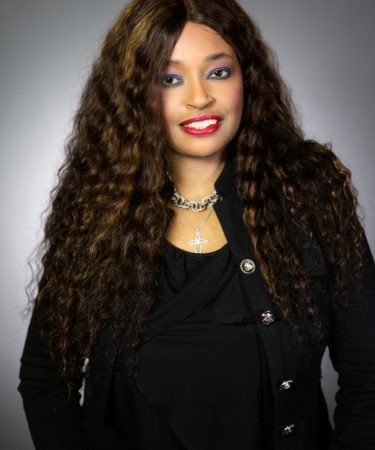 Upon graduation, Shaun began her journey at Kedren Health starting as a therapist in Family Preservation seeing adults and children, later becoming the Director of Family Preservation. She then moved into the role as Children Outpatient and Day Treatment Director. Shaun has also served as Interim Social Services Director for Inpatient. As Director of Program Services, she has oversight over various programs including Adult Outpatient, AB-109, Outpatient Care Services, Wellness, Children’s Outpatient, Children’s Day Treatment, FSP Child/TAY, Prevention and Early Intervention, MAT, Specialized Foster Care, Family Preservation and School Mental Health. Her over 20-year tenure at Kedren is fueled by her commitment to Kedren ‘s mission and vision. She is also trained in various EBPs. Outside of being the proud pet parent to 3 fur babies, her interests lie in issues related to policy and administration, children and youth and mental health and well-being. 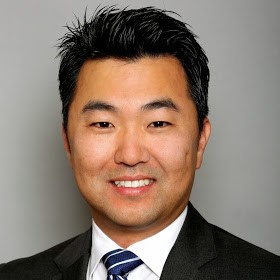 David Ryu is a former Los Angeles City Councilmember, ethics reformer, and community mental healthcare advocate with decades of experience in the City and County of Los Angeles. He entered public service to fight income inequality, educational disparities, and weaknesses in our social safety nets, and was elected in 2015 to become only the second Asian American to serve on the Los Angeles City Council and the first on Council leadership.

Previously, Ryu served as Senior Deputy to Los Angeles County Supervisor Yvonne Burke, Neighborhood Councilmember, and community activist & dispute resolution mediator in South Central and East LA. Moreover, this is his second tenure at Kedren, immediately prior to running for office, he served as Director of Development and Public Affairs at Kedren. 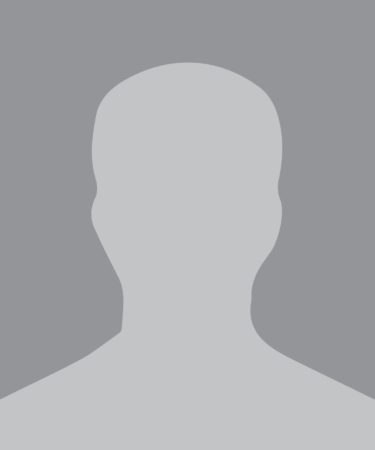 Daniel Cho, MD, MPH is an inpatient psychiatrist working in the SPA 6 region of LA. Double board-certified in Internal Medicine and Psychiatry, he has a strong interest in the interaction and overlap between psychiatric and traditional “medical” illnesses. Other interests include academic medicine, trainee wellness, and healthcare systems improvement. However, his passion has always been in advocacy for underserved and minority populations. He is a member of the Gold Humanism Honor Society elected in 2014 and was the recipient of a prestigious APA/APAF Leadership Fellowship. In his first year of fellowship, he served as the Chair of Leadership Development and Council Experience. In his second, he was elected as the Chair/President of APA/APAF Leadership Fellowship. He has served on the APA’s Council on Advocacy and Government Relations (2018-2020), the APA Board of Trustees (2019-2020), and most recently on the President’s Ad Hoc Work Group on Bed Capacity (2020-2021). He continues to work in academia as the Clerkship Director for the Psychiatry rotation and the Associate Program Director of the Psychiatry Residency at CDU. He is ecstatic to serve his term as Chief of Medical Staff at Kedren Health and to see how far we can propel the hospital forward! 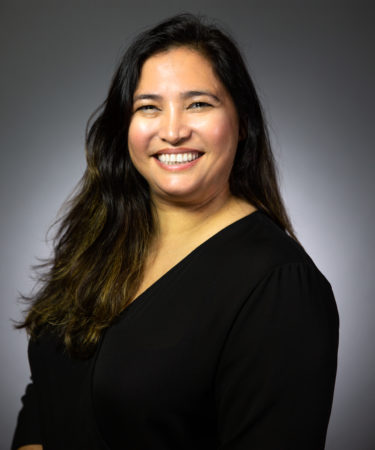 Dr. Kelly Jones is the Chief Medical Officer at Kedren Health Primary Care, a Federally Qualified Health Center in South Los Angeles. She is a graduate of Georgetown University/Providence Hospital Family Medicine Residency Program in Washington DC, and attended college and medical school at the University of Kansas. Following residency, she worked at Community Health Care Delivery System in Tacoma WA. She completed a Maternity Fellowship in Los Angeles at University of Southern California/California Hospital Residency Program in 2002, and stayed on as faculty where she eventually was named as Program Director of the Residency Program.She has been CMO at Kedren Health since August 2018, and is an Associate Professor of Clinical Family Medicine at Charles Drew University of Medicine and Sciences. Since moving to Los Angeles she has been involved in Healthcare Advocacy and has held leadership positions with LAAFP, CAFP, AAFP and STFM. Her interests include women’s health, healthcare advocacy, behavioral health and forensic medicine. 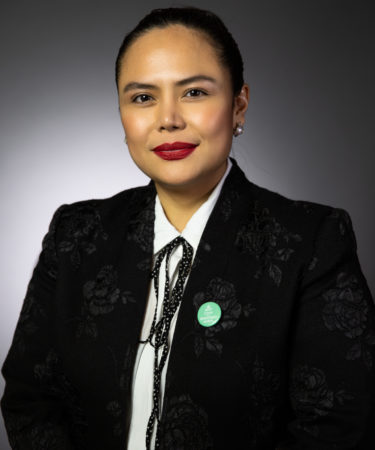 Amabel Santelices is a compassionate registered nurse with an extensive nursing experience in skilled nursing facilities, hospitals, and other healthcare facilities. She is a strong leader who believes in servant leadership and well-regarded nurse executive with an in-depth knowledge of nursing administration. She advocates nursing advancement by bridging the gap between nursing practice and business concepts and leveraging health care organization growth opportunities while improving quality nursing practice and quality patient care.

Amabel Santelices earned a degree in Master of Science in Nursing with an emphasis in Leadership in Health Care Systems at Grand Canyon University in 2017. She has also completed a Psychiatric Mental Health Nurse Practitioner (PMHNP) post-graduate certificate program at National University in 2019. She is a currently pursuing a degree in Doctor of Nursing Practice at Grand Canyon University. 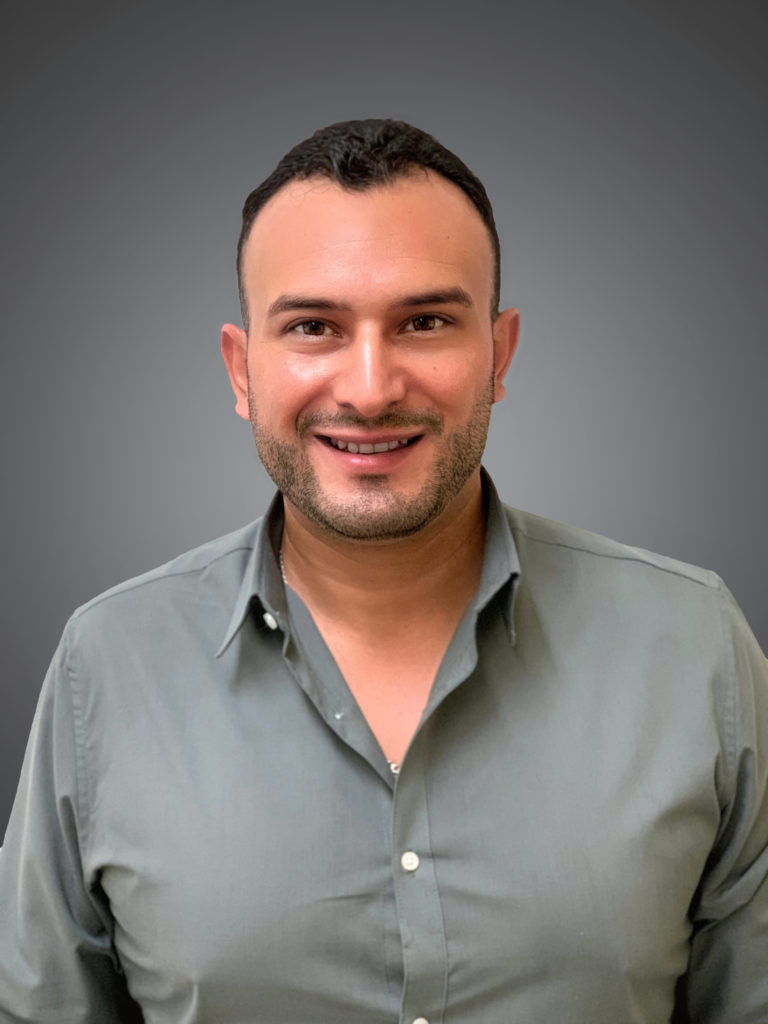 Dr. Ronald Dallatorre is the Director of Occupational Therapy and Rehabilitation Services (DOR) for Adult and Children’s Inpatient Services.

He is a Navy veteran who grew up in Compton, CA and is motivated and passionate about serving his community. Dr. Dallatorre is a three-time graduate from the University of Southern California. During his Residency in 2018 at Kedren’s Outpatient Wellness program, he developed and facilitated an Improv-based Interventions for Adults with Mental and Substance Use Disorder utilizing the Eight Dimensions of Wellness from the Substance Abuse and Mental Health Services Administration (SAMHSA).

His interests include baseball (Go Dodgers!!!), boxing, politics, and improv. 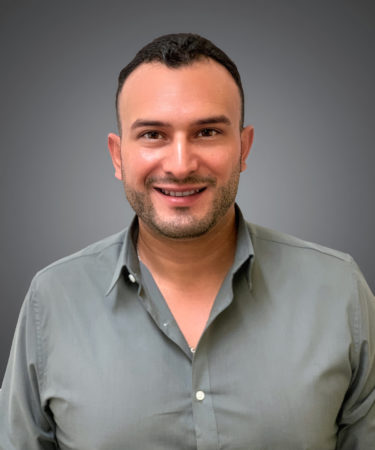 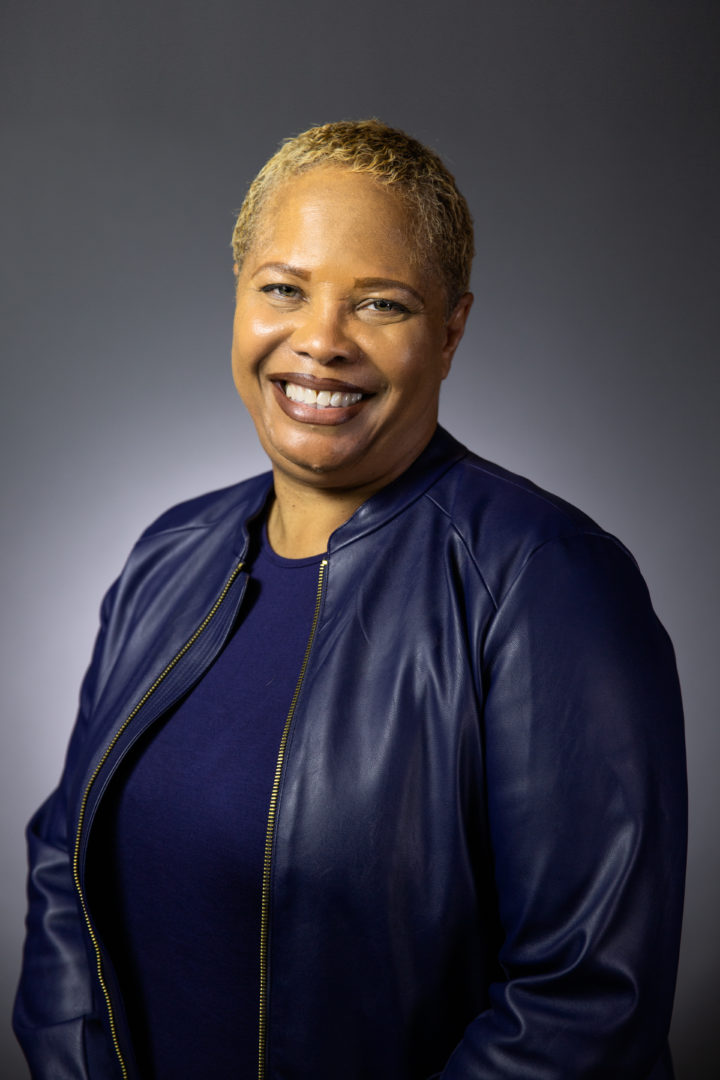 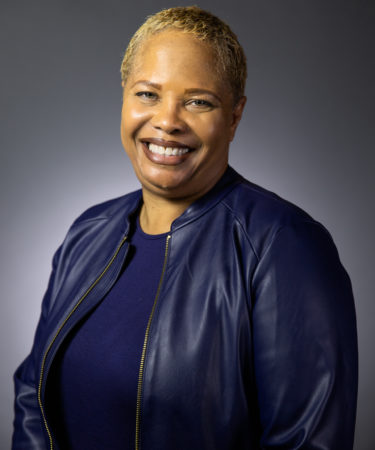 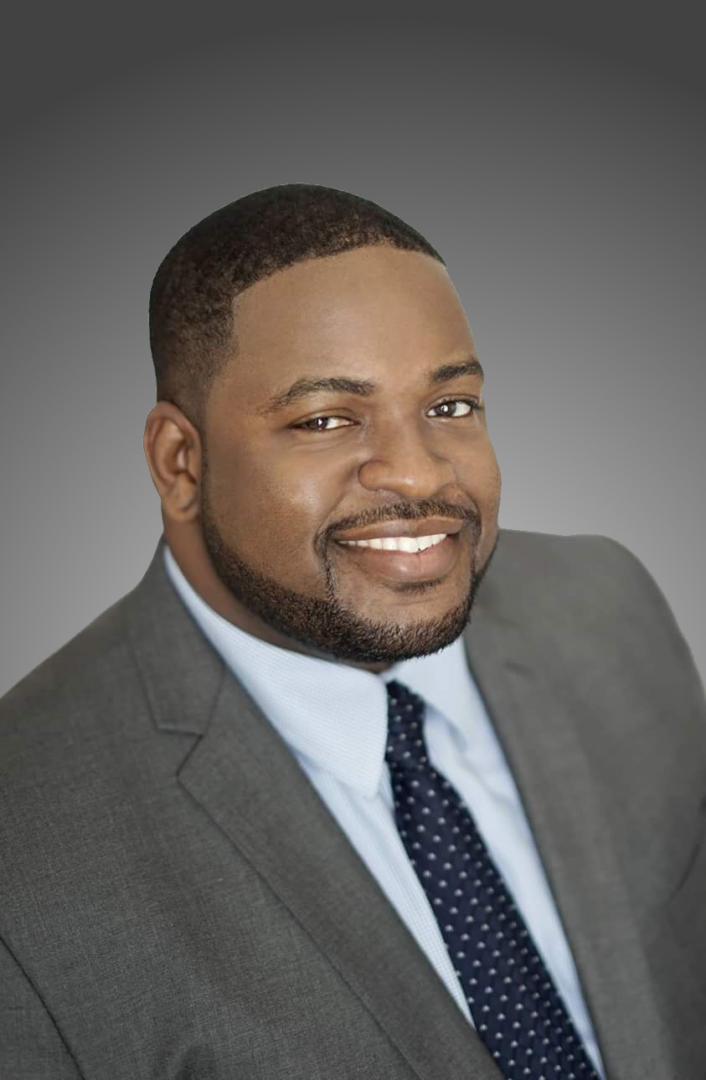 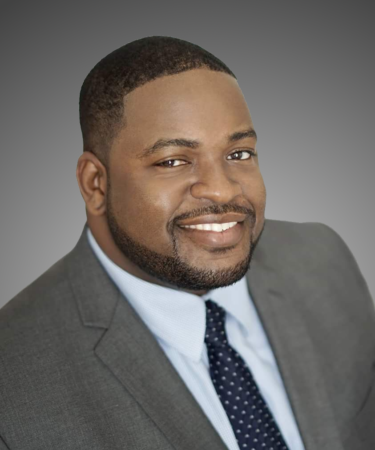 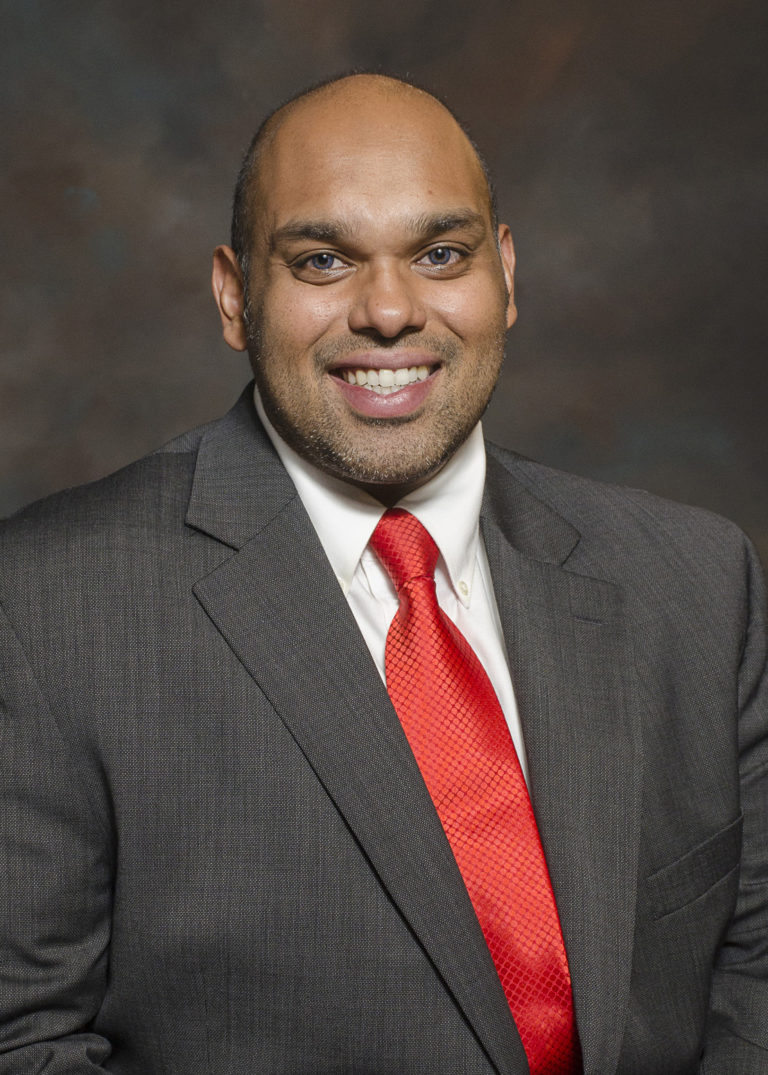 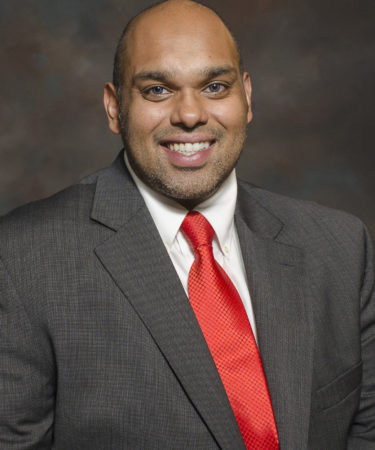